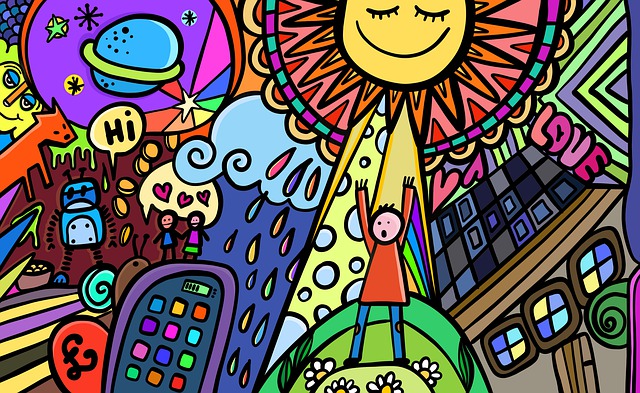 The questions and answers below have been edited for clarity and concision.

Would you mind providing a brief overview of the history of solar power?

Photovoltaic cells were invented at Bell Laboratories in 1954 in response to the need to power the first satellites that were launched by the United States. They remained a sort of boutique technology for a long time. When I was a graduate student in the 1980s, the world had only one megawatt of total installed solar power—less than we have installed here on the Caltech campus now.

Right now, we are at the hundreds-of-gigawatts scale. At some point next year, the world will actually see its first terawatt of installed solar photovoltaic power.

The Biden administration just announced a plan to produce almost half of the nation’s power from solar by 2050. Do you think that’s possible? And, if so, what technological advances would be needed to get us there?

I think that it’s possible, but it requires a coordinated and concerted effort all the way across the innovation chain, from research and development to deployment and policy. No one thing would allow us to achieve it. There is some concern that today’s technology—silicon photovoltaics—might not be able to scale fast enough, and that is providing the impetus for alternative solar photovoltaics that are currently in R&D [research and development] that could have a lower capital cost for manufacturing.

Historically, the silicon-photovoltaics business has done a very good job of cost reduction, but there may be other technologies on the horizon—thin-film materials—that could further dramatically reduce the material requirements and the capital costs. So, I think it’s going to require a multi-disciplinary, multipronged effort where policy, technology development, manufacturing, innovation, and installation all will have to play a role.

What new emerging technologies in the solar industry are you most excited about right now?

Among mass-manufacturable solar technologies, most exciting is probably the emergence of bi-facial photovoltaic modules—photovoltaic modules that can be illuminated from both sides. If you install them so that they get some reflected light from the surface of the earth, you can actually exceed the efficiency of one-sided solar panels.

To shift gears a little bit: Even if we could drastically reduce CO2 emissions now, the greenhouse gases that are already in the atmosphere still pose a problem in terms of climate change. How do we address this?

In order to have a world that we regard as being pleasantly livable, we want to not only decarbonize energy and industry but also capture the carbon that we’ve already emitted into the atmosphere and the oceans. That will become a very large-scale project for our global society. I often tell people that the size of the negative-emissions industry will eventually grow to be the size of the positive-emissions industry—in other words, as big as the entire energy industry as we now know it! It’s going to be a very big business if we’re serious about doing it at scale.

What do we do with that carbon if we capture it? Where does it go?

There are a number of things that we can do. We can sequester it back underground. If you pump CO2 into geological reservoirs, eventually there are transformations that lead to the formation of carbonate minerals. That happens on a slow timescale, and it happens better in some places than others. We can also use it to make products—fuels, chemicals, and materials through renewable energy–driven transformations.

Talk a little bit about the Liquid Sunlight Alliance. What is it, and what does it hope to do?

The Liquid Sunlight Alliance, or LiSA as we like to call it, is dedicated to using sunlight to make liquid products that could be used for industrial chemicals, fuels, and building materials or products. That requires some scientific elegance and sophistication because it involves knitting up individual carbon atoms in some multicarbon molecules. For example, jet fuel that we use for powering our airplanes consists of hydrocarbon molecules with between about seven and 17 carbon molecular units. Right now, we’re at the stage in most labs of making one or two carbon atoms in a molecule rather than the kind of solar fuels that would be needed for that application.

Can you talk a little bit about other veins of research that you and your colleagues are working on?

As we know, solar energy is intermittent. Predictably intermittent. There’s a nighttime every day. But one place where the sun shines 24 hours a day is in space.

The Space Solar Power Project (SSPP) is dedicated to developing ultralight structures that can be economically launched to continuously produce power for wireless power transfer to the earth. Because this power can be beamed to many places on Earth, you could supply power to places where there is not currently an electrical grid.

Where are you at with that right now?

The Space Solar Power Project is at a very interesting milestone moment. We have developed many of the technologies: the ultralight deployable structures, the wireless power transfer, and the ultralight foldable photovoltaics. By the middle of next year, we will have our first demonstration flight of these key technologies on a low-Earth orbiting spacecraft.

Over the last few years here at Caltech, I’ve been joined by the SSPP co-directors, Sergio Pellegrino [Joyce and Kent Kresa Professor of Aerospace and Civil Engineering and JPL senior research scientist] and Ali Hajimiri [Bren Professor of Electrical Engineering and Medical Engineering] in a wonderful collaboration to create and merge these technologies to make ultralight space solar power technology a reality. We’re going to have a really exciting opportunity to test them out next year in space.

I would imagine there are probably some undergrads and other folks wondering, “What can I do in these fields?” What would you tell a budding scientist or engineer interested in tackling renewable energy or climate change?

The good news is there are opportunities everywhere you look. I’m very excited about solar power. I’ve always been fascinated by the way light interacts with matter, from fundamental nanoscale, light–matter interactions, all the way up to a global solar power deployment. That’s the area where I’ve dug in.

Another area where there’s a lot of excitement is emerging battery technologies, which could really speed the decarbonization of transportation and maybe even help with grid-scale storage. I think there are huge opportunities in computational and mathematical sciences for all the computer science folks out there. For example, my colleagues Steven Low [Frank J. Gilloon Professor of Computing and Mathematical Sciences and Electrical Engineering] and Adam Wierman [professor of computing and mathematical sciences; director, Information Science and Technology] are working on sort of a power internet, where we make the grid more resilient and bi-directional so it could accommodate millions of generation sources as well as loads.

Those are huge and rapidly growing fields where Caltech has a significant presence.

[Low and Wierman will discuss ways to reimagine the electric grid in an upcoming Conversations on Sustainability webinar.]

I’d like to switch over and ask a couple of questions from the audience. A student viewer notes that they have seen industrial carbon-capture systems in places like Sweden and Iceland. Are these viable larger-scale options?

Recently the company Climeworks developed a pilot-scale demonstration that they staged in Iceland. The company projects that the cost of doing this is multi-hundred dollars per ton [of carbon captured]. Right now, there are people who are willing to buy carbon dioxide or sequestered carbon at that price in the form of carbon credits. But, ultimately, the landscape is going to become more competitive. The number that most policy makers and economists and technologists are shooting for is around or below $100 a ton.

The total annual cost at this cost/ton scale might be on the order of a fraction of the U.S. defense budget, and, frankly, I think that’s a pretty good investment in terms of ensuring future global security.

What is the payback time for current solar panels to recoup the energy used to make them? The estimates I’ve seen vary but seem to center around 11 years.

Currently, a panel has a warranted lifetime between 25 and 30 years. Panels are sufficiently reliable that some of the industry is considering extending the standard warranty to either 40 or 60 years. But in terms of the energy input to make the panel, the payback time is less than a year.

Given the current state of technology, would you recommend that people put solar panels on their houses now, or would you say, “Hold off. There’s some really great technology coming just around the corner”?

This reminds me of the debate about personal computers back when I was a grad student. If you thought about it, you were always better off to wait because you’re going to get a better computer next year. Of course, the reality is that nobody just waited because they needed a computer now. And if you need renewable energy, you need it now. It’ll get cheaper. But the cost of electricity coming from solar on your roof if you live in California is already cheaper than buying the electricity from the utility. It’s a good deal.