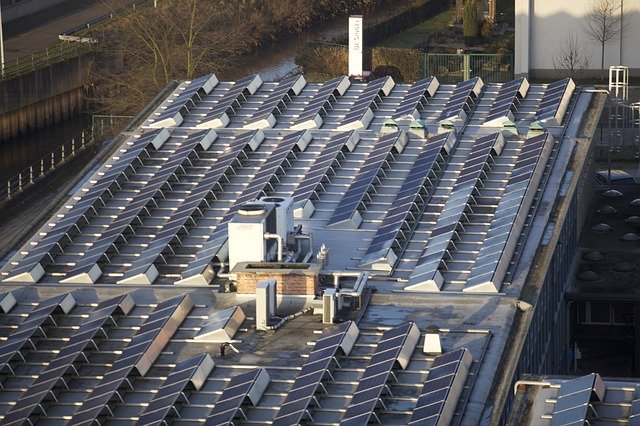 One of UNIFIL’s more than 50 positions in south Lebanon made history recently by becoming the first such position to rely fully on the sun for its energy needs.

The UN position (UNP 1-31), tucked atop a hill near the south-western Lebanese village of Labbouneh, now operates fully on solar power.

With nearly 70 megawatt-hour (MWh) solar power generated annually, this UNIFIL base now saves nearly 36,000 litres of diesel fuel every year, thereby cutting some 93 tons of CO2 emissions. This solar energy system is expected to have a 25-year life span.

The 8,300 square metre base, which is home to about 25 peacekeepers, lies adjacent to an important stretch of the Blue Line.

UNIFIL currently has 14 solar power farms with total production capacity of 474 kilowatt-peak (kWp). This means these solar farms can generate up to 474 KW power in an hour under optimal conditions.  In 2020, these solar farms produced 643 megawatt-hours (MWh) of renewable energy, resulting in $97,000 in annual savings while cutting 536 tons of CO2 emissions.

With the completion of ongoing solar installation projects at various UNIFIL locations, the overall mission figure is estimated to reach 2.5 per cent soon, and 8 per cent by 2024.

This is particularly significant as Lebanon is going through a debilitating power crisis and amidst global calls to reduce fossil fuel consumption and CO2 emissions.

UNIFIL’s Engineering and Facility Maintenance Section (EFMS) has been designing and implementing solar projects in the mission’s various locations, including UNP 1-31. EFMS is planning to implement solar projects in three more UNIFIL positions in 2022, which will also fully rely on the sun for energy needs.

The UNIFIL engineer responsible for implementing solar projects, Saadatullah Ahmadzai, said the UNIFIL plan is in line with the UN Secretariat Climate Action Plan (UNSCAP), aimed at transforming UN operations to achieve a 45 per cent reduction in greenhouse gas emissions and sourcing 80 per cent of electricity from renewable energy by 2030.

In September 2019, the UN Secretariat adopted an action plan proposing an integrated and simultaneous three-track implementation approach: intensification aimed at accelerating current efforts, innovation as a major new effort focused on innovative and complex solutions, and internal and external outreach to support tracks 1 and 2 with a sustained communication and education campaign.

“The significant amount of (carbon) emissions from fossil fuel have damaged the environment and the continuation of the status quo will have a significant impact on the health of our earth and our environment,” said Mr. Ahmadzai recently, before his departure from UNIFIL. “For that reason, there is a global emphasis to go from fossil to renewable energy.”

While implementing its own green initiatives, he said, UNIFIL is also exploring options to source renewable energy from private investors through power purchase agreements. But currently, he added, this is on hold for the lack of a legal framework.

Nonetheless, with the current accelerated pace of implementing UNIFIL’s own green initiatives, the mission is likely to get about 24 per cent of its energy from renewable sources by 2030.

UNIFIL Chief Engineer Fayyaz Asghar said the mission is on course to make big strides in the coming years.

“Greening the environment and greening the mission is one of the biggest priorities of the Secretary-General (António Guterres) and we are following his guidance to make sure that we contribute towards this aspect, and I think we are doing very good,” said Mr. Asghar. “We can increase our (renewable energy) generation if we have a legal framework to buy such energy from outside.”

“It was a great experience for our people and UNIFIL overall and that’s the reason we are adding such systems in other positions as well,” Mr. Ahmadzai concluded.

In June 2021, UNIFIL adopted its Energy Infrastructure Management Plan (EIMP) setting out a wide range green initiatives in order to reduce the mission’s environment footprint. The plan includes, among other measures, solar energy self-generation, use of energy efficient generators and LED lights, supply and installation of demountable wind turbines, and reducing single use plastic products.