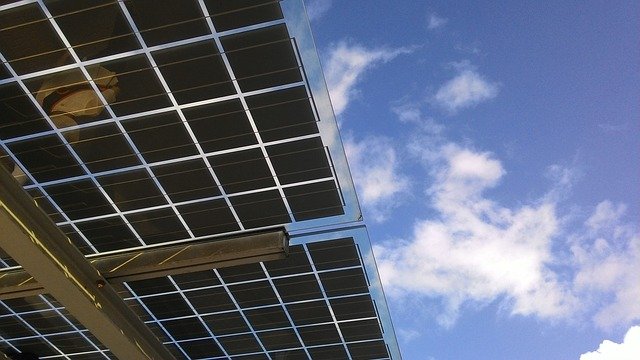 As solar power becomes increasingly popular in the U.S., many homeowners have jumped on the opportunity to adopt clean energy, and Georgia residents have been some of the quickest to make the switch.

According to data from the Solar Energy Industries Association, Georgia is one of the top solar adopters in the country, ranking ninth for overall residential solar panel installations. The question is, what are the top cities for solar in Georgia? Read on to find out.

Top 10 Cities for Solar in Georgia

Our research team narrowed down the top cities for solar energy in Georgia by looking at data from the SEIA as well as the National Renewable Energy Laboratory’s annual solar irradiance and Solar For All maps, local government websites and Environment America’s latest Shining Cities report.

Based on our findings, these are the top solar cities in Georgia:

It’s no surprise Georgia’s largest city tops the list of solar cities in the Peach State. Atlanta is ranked 43rd in the nation for total solar installation according to Environment America, and it has also been designated a SolSmart Gold City. This means that it is dedicated to making it easier, faster and more affordable for residents to switch to solar. Additionally, Atlanta has set a goal to use 100% renewable energy by 2035.

A small suburb of Atlanta, Clarkston makes our list of top solar cities in Georgia for a couple of reasons. First, it has a goal of using 100% renewable energy by 2050. And second, it’s located in DeKalb County, which has achieved SolSmart Bronze status.

Although it’s traditionally recognized as a college town with largely transient residents, Athens has been designated a SolSmart Bronze City for its commitment to making solar more accessible for permanent residents and homeowners. The greater Athens-Clarke County has a goal of using 100% clean, renewable electricity by 2035.

This SolSmart Bronze City has a goal of getting its municipal electricity from 100% renewable energy sources by 2035 and all other energy needs from 100% renewable energy by 2050. The city also has a community-based group-purchasing program called Solarize Savannah that helps residents get lower rates on solar panels, solar batteries and other clean energy technologies.

Marietta, Georgia, has an especially high number of buildings suitable for solar and also one of the state’s highest potentials for rooftop solar energy generation according to NREL’s maps. Marietta also has its own net metering program, which helps incentivize solar energy adoption.

Augusta has set a short-term goal of using 80% renewable energy by 2030 and a long-term goal of 100% by 2050. Its commitment to transitioning to clean energy sources has already prompted many homeowners to purchase solar panel systems for residential use.

According to NREL data, the City of Columbus boasts above-average potential for solar energy generation and is situated within a solar opportunity zone with a high potential for rooftop capacity and generation. It’s also commendable that lawmakers are working on an initiative to use renewable energy in order to provide rural internet and broadband access.

Butler is home to one of the largest solar plants in the Southeast. The Butler Solar Facility, which entered operation in 2015, spans about 1,070 acres and consists of more than 1 million photovoltaic solar modules.

With 219 sunny days a year, Macon, Georgia is in a solar opportunity zone with high potential for rooftop capacity and generation, according to data from NREL. There’s also a new solar farm being constructed within city limits that will feed clean energy into the Georgia Power grid.

Valdosta, located near the Florida-Georgia line, was an early adopter of solar energy. The city has nine solar installations that have been built on low-value land that otherwise wouldn’t have a use. Collectively, these installations put out enough energy to power up to 6,300 homes.

Some cities are better suited for solar energy installation than others. There are a few factors that can make a place superior for solar power, including:

On the subject of electrical costs, how much do Georgians pay for electricity each month? Here are a few stats from the Energy Information Administration:

Compared to the average U.S. energy bill ($115.49), Georgia’s electricity costs are slightly high. This may lead to higher returns on investment for solar customers in the state.

There are a few ways in which Georgia incentivizes solar installation, starting with statewide net metering. Through these types of programs, any surplus energy your system generates is fed back into the power grid in exchange for credits from a local utility company. These credits can be put toward your future energy bills. Georgia has a net metering program through Georgia Power, but it caps out at 5,000 customers per month.

It’s also worth noting that in 2011, the state government allocated $2.5 million in tax credits for solar panel installation, with the intention of spreading the funds over three years. However, the funds were spoken for within the first year, and there hasn’t been a similar program since.

Federal solar tax credits are also available to homeowners in Georgia. Currently, homeowners who install a residential solar system can claim a federal income tax credit worth 26% of their total solar installation cost. Without action from Congress, however, the credit will be phased out at the end of 2023.

Some states have laws on the books that make it easier for homeowners to embrace solar energy; others have laws that actually hinder solar adoption. For the most part, Georgia falls in the middle. Currently, there aren’t many solar regulations in place to either help or hurt those trying to go solar.

If you want to make an impact on the future of renewable energy in Georgia, we recommend installing solar panels on your home, educating your neighbors about the benefits of solar and reaching out to your elected officials to urge for more solar incentives and stricter renewable energy goals.